This article will explain how many calories there are in yogurt milk, whether you should go for non-fat yogurt milk or for yogurt milk with higher amounts of fat per serving. I’ll tell you the best calorie sources of fluid milk and where to find the healthiest plain yogurt milk that is rich in protein. So the question is, do the calories in yogurt milk differ from that of regular whole milk? That is what we are here to find out. If you want to know the answer, then grab a cup of tea or coffee and read on. But first, we should probably clarify a yogurt vs. milk distinction

Yogurt is one of the most popular fermented dairy products in the world, made by adding live bacteria to milk.

It has been eaten for thousands of years and is frequently used as part of a meal or snack, as well as a component of sauces and desserts.

In addition, yogurt contains beneficial bacteria and may function as a probiotic, providing a variety of health benefits above and beyond plain milk.

Most yogurt is white and thick, but many commercial brands are artificially colored.

The nutrients in 3.5 ounces (100 grams) of plain, whole-milk yogurt are detailed below. 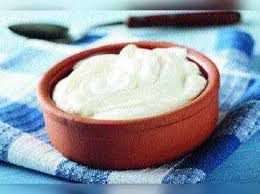 Yogurt is a rich source of protein.

One cup (245 grams) of plain yogurt made from whole milk packs about 8.5 grams of protein.

The protein content of commercial yogurt is sometimes higher than in milk because dry milk may be added to yogurt during processing.

Protein in yogurt is either whey or casein, depending on its solubility in water.

Both casein and whey are nutritionally excellent, rich in essential amino acids, and easy to digest.

Most of the proteins in yogurt (80%) are caseins. Alpha-casein is the most abundant.

Casein increases your absorption of minerals like calcium and phosphorus and promotes lower blood pressure.

Whey accounts for 20% of the protein in yogurt.

It is very high in branched-chain amino acids (BCAAs), such as valine, leucine, and isoleucine.

Whey protein has long been popular amongst bodybuilders and athletes.

The amount of fat in yogurt depends on the type of milk it’s made from.

Yogurt can be produced from all kinds of milk — whole, low-fat, or fat-free. Most yogurt sold in the United States is either low-fat or fat-free.

The fat content can range from 0.4% in nonfat yogurt to 3.3% or more in full-fat yogurt.

Most of the fat in yogurt is saturated (70%), but it also contains a fair amount of monounsaturated fat.

Milk fat is unique because it provides as many as 400 different types of fatty acids.

The most abundant ruminant trans fats in yogurt are vaccenic acid and conjugated linoleic acid (CLA). Yogurt may have even more CLA than milk.

Researchers believe that CLA has various health benefits — but taking large doses of CLA supplements may have harmful metabolic consequences.

However, the lactose content of yogurt is lower than in milk. This is because bacterial fermentation results in lactose breakdown.

When lactose is broken down, it forms galactose and glucose. The glucose is mostly converted to lactic acid, the substance that contributes the sour flavor to yogurt and other fermented milk products.

As a result, the amount of sugar in yogurt is highly variable and may range from 4.7% to 18.6% or higher. 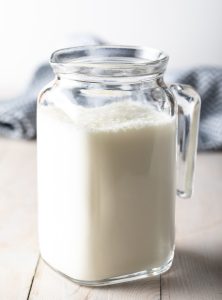 However, nutritional value varies substantially among different types of yogurt.

For example, the nutritional value may depend on the types of bacteria used in the fermentation process (17).

The following vitamins and minerals are found in particularly high amounts in conventional yogurt made from whole milk:

Probiotics are live bacteria that have beneficial health effects.

These friendly bacteria are found in fermented milk products, such as yogurt with live and active cultures.

The main probiotics in fermented milk products are lactic acid bacteria and bifidobacteria (22).

Probiotics have many beneficial health effects, depending on the species and the amount taken.

These health benefits do not always apply to yogurt because some types of yogurt have been pasteurized after the probiotic bacteria were added — thus neutralizing the bacteria.

For this reason, it is best to choose yogurt with active and live cultures.

The health effects of milk and fermented dairy products like yogurt have been widely studied.

Probiotic yogurt can provide numerous impressive health benefits that go well beyond that of non-fermented milk.

Probiotic yogurt is associated with a variety of digestive health benefits.

In addition, probiotic yogurt with bifidobacteria may lessen the symptoms of IBS and help reduce constipation 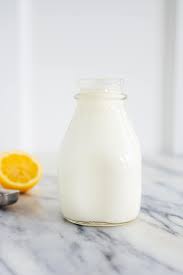 Osteoporosis is a condition characterized by weak and brittle bones.

It is common among older adults and is the main risk factor for bone fractures in this age group.

Dairy products have long been considered protective against osteoporosis.

In fact, dairy is associated with higher bone density, an effect linked to its high calcium and protein content.

Abnormally high blood pressure is one of the main risk factors for heart disease.

Studies suggest that regular consumption of yogurt may lower blood pressure in people who already have high readings.

However, this effect is not limited to yogurt. Studies on intake of other milk products have provided similar results

Yogurt may cause adverse effects in certain people — especially in anyone who’s lactose intolerant or allergic to milk proteins.

That’s because some of the lactose in milk breaks down into glucose and galactose during yogurt production.

Therefore, it is better tolerated by people with lactose intolerance.

However, probiotic bacteria may also help by improving your ability to digest lactose.

Milk allergy is rare and more common among children than adults. It is triggered by the milk proteins — whey and casein — found in all milk products.

Therefore, yogurt should be avoided by people who have a milk allergy.

Keep in mind that many low-fat yogurts have copious amounts of added sugar.

For this reason, it’s best to read the label and avoid yogurt that has sugar — usually in the form of sucrose or high-fructose corn syrup — in its ingredients

Yogurt contains some of nearly every nutrient that your body needs.

It’s known for containing a lot of calcium, a mineral necessary for healthy teeth and bones. Just one cup provides 49% of your daily calcium needs.

It is also high in B vitamins, particularly vitamin B12 and riboflavin, both of which may protect against heart disease and certain neural tube birth defects.

One cup also provides 38% of your daily need for phosphorus, 12% for magnesium and 18% for potassium. These minerals are essential for several biological processes, such as regulating blood pressure, metabolism and bone health.

One nutrient that yogurt does not contain naturally is vitamin D, but it is commonly fortified with it. Vitamin D promotes bone and immune system health and may reduce the risk of some diseases, including heart disease and depression.

Yogurt provides an impressive amount of protein, with about 12 grams per 7 ounces (200 grams) (2).

Protein has been shown to support metabolism by increasing your energy expenditure, or the number of calories that you burn throughout the day.

Saturated fat was previously believed to cause heart disease, but current research shows that this isn’t the case. Nevertheless, fat-free and low-fat varieties of yogurt are still popular in the US .

Protein has been shown to support metabolism by increasing your energy expenditure, or the number of calories that you burn throughout the day .

Getting enough protein is also important for appetite regulation, as it increases the production of hormones that signal fullness. It may automatically reduce the number of calories you consume overall, which is beneficial for weight control.

In one study, subjects who snacked on yogurt were less hungry and consumed 100 fewer calories at dinner, compared to those who ate lower-protein snacks with the same amount of calories .

Yogurt’s fullness-promoting effects are even more prominent if you eat Greek yogurt, which is a very thick variety that has been strained. It is higher in protein than regular yogurt, providing 22 grams per 7 ounces (200 grams) (15).

3. Some Varieties May Benefit Digestive Health

Some types of yogurt contain live bacteria, or probiotics, that were either a part of the starter culture or added after pasteurization.

These may benefit digestive health when consumed.

Unfortunately, many yogurts have been pasteurized, which is a heat treatment that kills the beneficial bacteria they contain.

To ensure your yogurt contains effective probiotics, look for one that contains live, active cultures, which should be listed on the label.

Some types of probiotics found in yogurt, such as Bifidobacteria and Lactobacillus, have been shown to lessen the uncomfortable symptoms of irritable bowel syndrome (IBS), which is a common disorder that affects the colon.

One study had IBS patients regularly consume fermented milk or yogurt that contained Bifidobacteria. After only three weeks, they reported improvements in bloating and stool frequency — effects seen after six weeks, as well.

Another study found that yogurt with Bifidobacteria improved digestive symptoms and health-related quality of life among women who did not have a diagnosed digestive condition.

Furthermore, several studies have found that probiotics may protect against antibiotic-associated diarrhea, as well as constipation

What To Feed Dog With Upset Stomach

Food With Protein For Weight Gain