It is quite a challenge to select the right diet and plan for treating the high levels of uric acid in the blood. The article highlights the various aspects of diet plans for uric acid.

What is uric acid?

Uric acid is produced when your body breaks down chemicals called purines. Uric acid is meant to be a waste product: It dissolves in your bloodstream, flows through your kidneys, and leaves your body in your urine.

However, if the uric acid in your blood isn’t filtered out efficiently and reaches a high level, called hyperuricemia, it can cause crystals to form. If these crystals settle in your joints, it could lead to gout, a type of arthritis. About 20% of people with hyperuricemia develop gout.

You may have an increased risk for high uric acid levels if you have:

Purines are chemicals that are naturally produced by your body and are also found in certain foods. Animal purines from meat and seafood can especially affect your uric acid level.

The following foods contain high amounts of purine, so those seeking to lower their uric acid level should avoid or limit eating them:

On the other hand, the following foods contain low amounts of purine, so eating them won’t increase your uric acid level:

For people who already have gout, however, the same may not be true. A 2013 study published in Arthritis & Rheumatism found that participants with gout who took 500 mg of vitamin C daily for eight weeks did not significantly lower their uric acid levels.

In addition, if you have had kidney stones, you should talk to your doctor about your vitamin C intake, as it may increase your risk of stone formation.

Drinking beer and liquor appears to raise your uric acid level, according to the Third US National Health and Nutrition Examination Survey published in Arthritis Care & Research.

Alcohol increases the purines in your blood, which results in the production of more uric acid. Beer contains the most purines, while wine has the fewest.

“The dehydration from alcohol can be a reason for high levels, plus alcohol independently stops the body from urinating away uric acid due to an interaction with higher lactic acid levels,” De says.

Soft drinks that contain sugar or high-fructose corn syrup were also linked to increased uric acid levels, according to results from the same survey. When your body breaks down the fructose, a natural sugar in these drinks, it produces purines, which then produce uric acid.

To help lower your uric acid level, you should stay away from these drinks:

Coffee contains an antioxidant called chlorogenic acid that can lower your uric acid levels and may even prevent gout.

For example, men in a 2007 study who said they drank four to five cups of coffee a day had a 40% lower relative risk of gout when compared with men who didn’t drink coffee.

Drinking up to about four cups of brewed coffee each day appears to be safe for healthy adults, the Mayo Clinic reports. But drinking more could lead to caffeine-related side effects like headaches, insomnia, and nervousness.

In addition to avoiding certain foods and drinks, losing weight can also lower your uric acid level. Being overweight or obese makes your kidneys less efficient at eliminating uric acid through your urine. The risk of getting gout is 10 times as high for people who are obese as it is for people who are at a healthy weight.

A 2017 study published in Oncotarget of 4,678 people in China with high uric acid levels found that those who lost more than 22 pounds over two years had “significantly” lower uric acid levels. This was especially true for obese middle-aged men.

For overweight and obese people who have gout, a 2017 review of 907 patients from 10 studies found that those who lost from 6 to 75 pounds lowered their uric acid level by about 0.3 to 1.9 mg/dL. 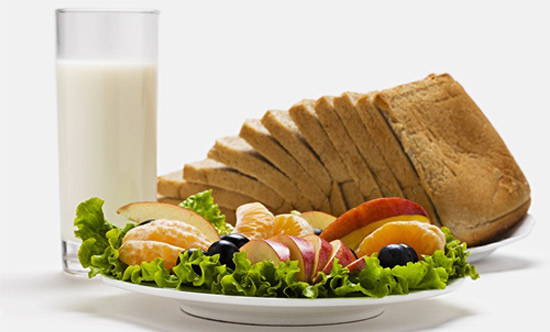 In the middle ages, gout was known as the disease of the wealthy. Nowadays, it is one of the most common metabolism illnesses among adults that are associated with nutrition. Gout results from excessively high uric acid levels in the blood. There are two types of gout, primary gout, which is congenital and secondary gout, which is an acquired disease. Primary gout is the result of a metabolism problem associated with insufficient removal of waste by the kidneys. In the case of the second form, gout is caused by illnesses such as tumors, anemia, and diabetes with kidney function problems. Nutrition-related causes include total fasting and the increased consumption of meat and alcohol.

But what causes excessive uric acid in the blood?

Organic compounds called Purines are changed into uric acid by the metabolic activity of the body. Uric acid is then eliminated from the body through the kidneys. If this function is disrupted, as in the case of primary gout, the uric acid will remain in the body. This means that the uric acid level in the blood will increase. We also absorb uric acid from our food, particularly from animal products.

How does uric acid cause gout?

Increased uric acid levels usually remain unnoticed for many years due to the lack of symptoms. Ultimately, however, permanently increased uric acid levels will result in gout. These increased levels cause the formation of uric acid crystals. These crystals tend to gather in the large toe, in bursae, tendon sheaths, and ear cartilage, or the kidneys as stones. Acute gout attacks typically involve the sudden onset of severe pain, accompanied by extreme redness and swelling in these areas. There is no reason to get to this stage if countermeasures can be taken at the right time, and symptoms can be avoided with a balanced diet.

How to diagnose gout?

Uric acid levels can be determined through a blood test. Men are much more frequently affected by raised values and gout than women. However, the risk for women also increases at the beginning of the menopause period, as the protective effect of estrogen will no longer be provided. During a longer fasting period or in the case of extreme diets, the increased breakdown of body cells can increase uric acid levels. And the opposite is also true: if you eat too much meat and drink excessive amounts of alcohol, the levels will increase.

Gout Diet: Foods to Eat and Those to Avoid

Skip foods and drinks that are high in purines to help lower your chances of an attack.

You should stay away from these types of food:

Best Foods for a Gout Diet

What Can You Drink if You Have Gout?

Foods aren’t the only thing that can affect uric acid. What you drink matters, too.

It’s a good idea to drink lots of fluids — 8 to 16 cups a day. At least half of what you drink should be water. Vitamin C (think orange juice) also can help lower uric acid, but studies also show that the high fructose in OJ may boost uric acid levels, so drink it in moderation. Caffeinated coffee can cut uric acid, too, as long as you don’t overdo it.

Stay away from sugary drinks like soda and fruit juice. You also may need to limit or avoid alcohol as well. Talk with your doctor to find out what’s right for you.

While a healthy diet can help control how much uric acid is in your system, you may still need medicine to prevent future attacks. Talk with your doctor about all your treatment options.

Pain and inflammation occur when too much uric acid crystallizes and deposits in the joints, tendons, and surrounding tissues, resulting in an attack of gout. The joint at the base of the big toe is affected in about half of the cases. Gout is due to elevated levels of uric acid in the blood. This occurs due to a combination of diet and genetic factors. Symptoms of gout include severe pain, redness, and swelling in joints, often the big toe. Attacks can come suddenly, often at night. Patients with chronic gout can use behavioral modifications such as diet, exercise, and decreased intake of alcohol to help minimize the frequency of attacks. Taking vitamin C and eating a diet high in low-fat dairy products may be preventive. Additionally, patients with chronic gout are often put on medication to reduce uric acid levels.

Food Items You Can Easily Consume

What Kind Of Ground Beef For Burgers

How To Make Mango Sauce For Fish