Disaccharides are a simple-sugar form of carbohydrate made up of two linked monosaccharides, of which there are three: glucose, fructose, and galactose. Examples include table sugar or sucrose, which is glucose linked to fructose, and milk sugar or lactose, which is glucose linked to galactose. They may also be formed by two of the same monosaccharides bonding to each other, and maltose, for instance, is a pair of glucose molecules. Sources of these carbohydrates include sugar beets and sugar cane, which produce sucrose, a sugar found in everything from baked goods to pasta sauce. They can also be found in milk, yogurt, and other dairy products, which contain lactose, and grains and beer, which contain maltose.

Also known as a biose, a disaccharide is a quick-digesting form of carbohydrate that the body uses for immediate energy. This sugar is created when two monosaccharides unite and produce a reaction in which a molecule of water is expelled, and it possesses many similar properties to a monosaccharide. Both are classified as simple sugars, in contrast to the polysaccharides, which contain three or more sugars and are alternately referred to as starches or complex carbohydrates. Also, both forms of simple sugar are generally water-soluble, take a crystalline shape, and are noticeably sweet-tasting.

The three best known disaccharides are sucrose, lactose, and maltose. In wide use commercially, sucrose is obtained from the sugar cane or sugar beet plants and sold as table sugar, refined to produce brown sugar, powdered sugar, or molasses, or used to sweeten a large variety of foods from beverages to baked goods. Lactose is the sugar in milk-based products, found in yogurt, cheese, and ice cream. People who have difficulty digesting lactose are said to be lactose-intolerant. Maltose is less sweet than the previous two and is best known as the carbohydrate found in beer, though it is prevalent in breads and other grains.

Three other common but less well known types are lactulose, trehalose, and melibiose. Lactulose is the combination of fructose and galactose. It is not actually found in food, as it cannot be digested, but rather is a medication taken in syrup form to treat constipation. Trehalose is common in microorganisms, small animals, insects, some plants, and fungi; as such it is found in foods ranging from shrimp, to sunflower seeds, to shiitake mushrooms. Melibiose is formed by the bonding of a specific molecule of galactose to glucose and is the sugar prevalent in legumes like peanuts, lentils, and peas.

Disaccharides form when two separate sugar molecules, or monosaccharides, fuse together to form one molecule. Disaccharides are often called double sugars. There are many forms of disaccharides, but the most well known and commonly occurring are sucrose, maltose, and lactose. Sucrose is the table sugar we add to our coffee and cereal. Lactose is milk sugar, and maltose is malt sugar. In moderation, these simple carbohydrates are an important part of a balanced diet and contribute to the body’s ability to regulate temperature and energy levels, as well as mood.

Dairy products such as milk, cheese, and yogurt are high in lactose. One molecule of glucose and one molecule of galactose fuse together to form lactose, which has a less sweet taste than other disaccharides and tends to digest rather slowly. Slower digestion promotes a feeling of fullness and satisfaction. 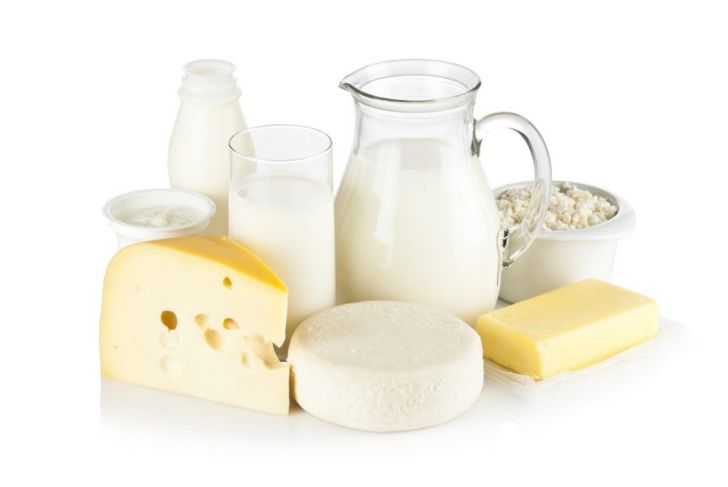 Ice cream is generally high in both lactose and sucrose. When enjoyed in moderation, ice cream can be a great source of sugars the body naturally craves. When it comes to ice cream, the fewer ingredients, the better. People should also avoid any ice cream that contains a lot of artificial flavors or high-fructose corn syrup. 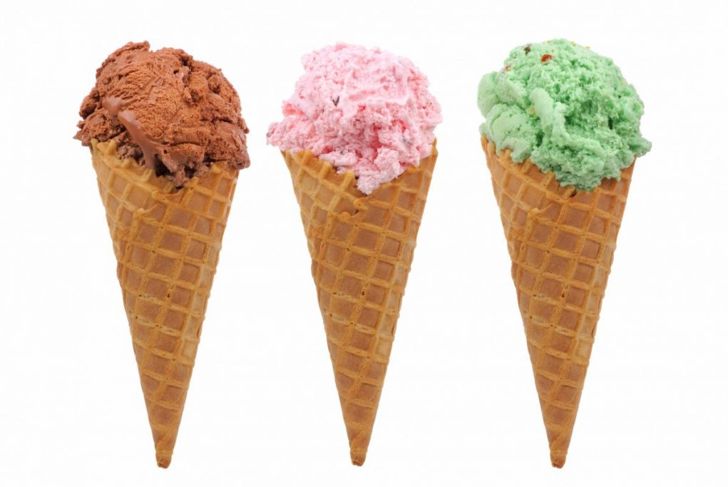 Any food or beverage fermented by yeast or other enzymes contains maltose. Maltose forms when two molecules of glucose fuse together. Beer is high in this particular sugar, which digests fairly slowly and can regulate blood sugar levels. When consumed in moderation, maltose boasts many other health benefits including reducing the risk of diseases such as heart disease, diabetes, and kidney stones. 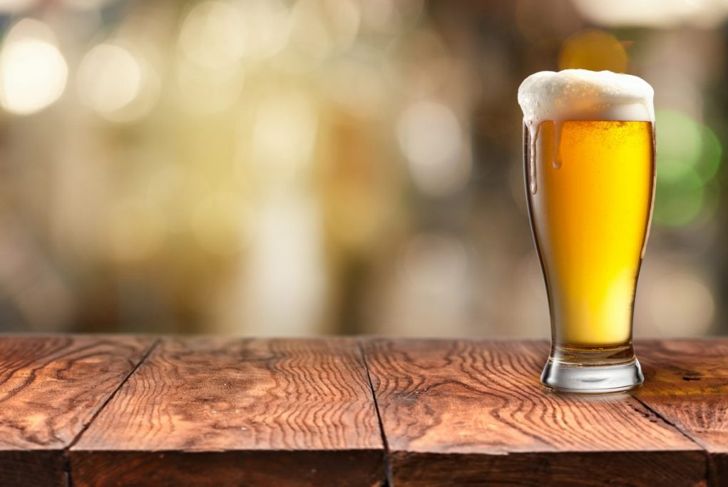 Sweet potatoes have a low glycemic index. This makes them a great food for those with irregular blood sugar levels. When cooked, the glucose molecules within sweet potatoes fuse to form maltose. This root vegetable is also a fantastic source of nutrients and vitamins such as vitamin C, vitamin B, copper, potassium, and dietary fiber. 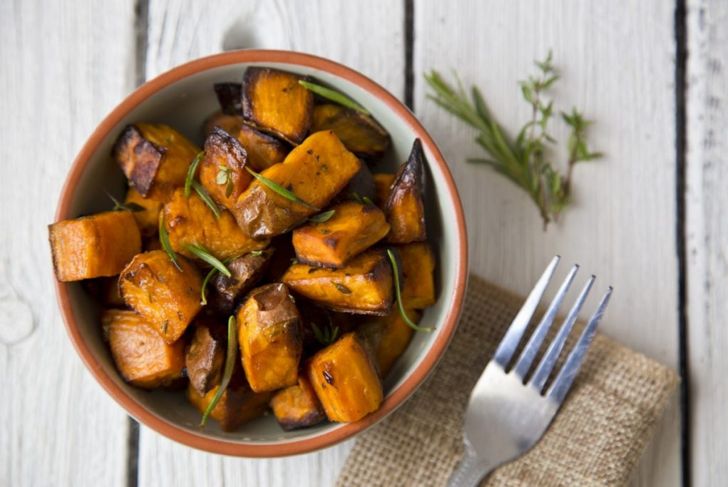 Milk chocolate is a great source of lactose, and when sweetened naturally, can also be a good source of sucrose. Of course, however, not all chocolate is created equal. To reap the benefits of these natural sugars, it is important to look for chocolate that contains simple ingredients. Avoid additives such as artificial flavor and color, as well as high-fructose corn syrup. As a bonus, chocolate itself is rich in antioxidants, which help to prevent aging and a range of illness including cancer. Dark chocolate offers more of these healing compounds than milk. 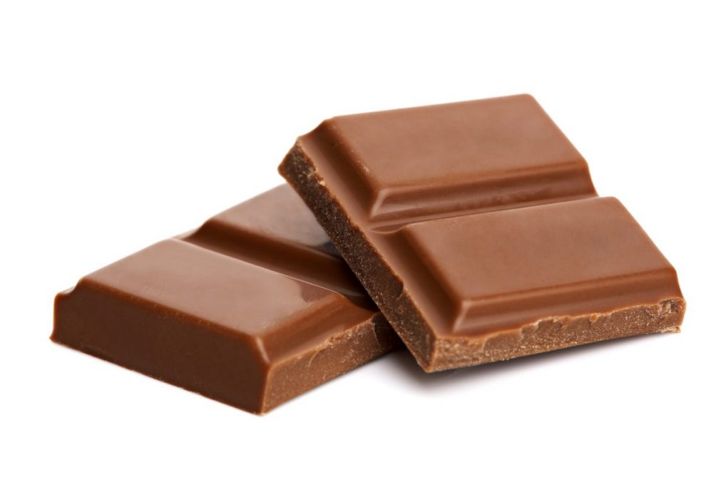 Bread contains yeast, which creates maltose when fermented. It also typically contains small amounts of lactose and sucrose, depending on the recipe used to prepare it. Quickbreads and muffins usually contain sugar and lactose in higher amounts, while the amount of maltose in quickbread is lower due to the lack of yeast. 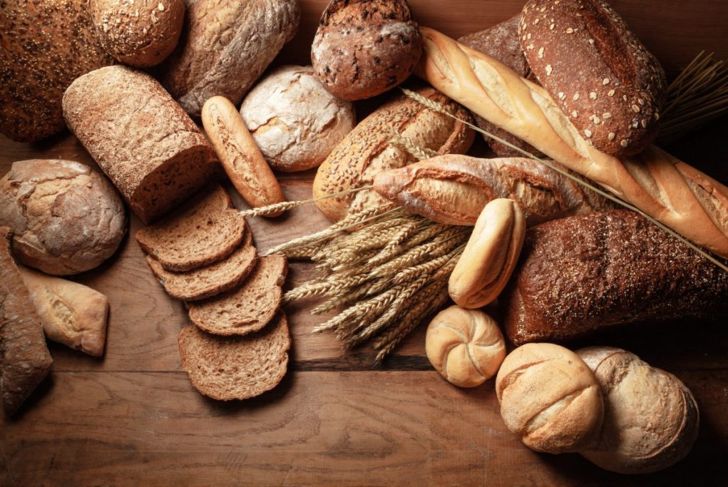 Fruit punch and other fruit-flavored juices often have a lot of added sugar and don’t generally represent a healthy choice. Naturally sourced or freshly squeezed juices do not have additional sweeteners, but they still contain very concentrated amounts of natural sugar, and it is easy to ingest more sugar than intended when drinking juice.

Everything You Need to Know About the Different Types of Sugar 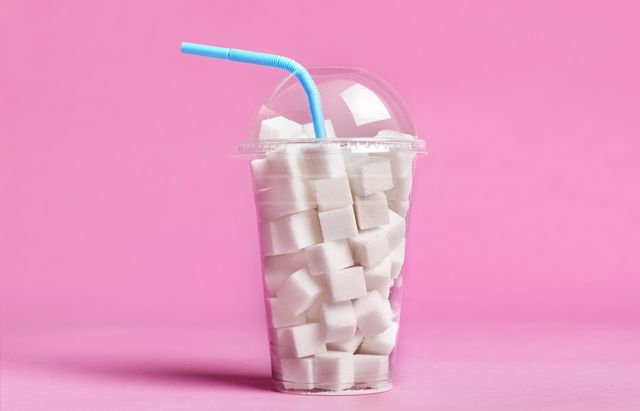 Want to really take a break from sugar? Join our new membership club, GH+, to unlock access to Good Housekeeping‘s 21-day sugar detox plan, which will ease you out of your sugar cravings and help you form a healthy relationship with the sweet stuff.

First, what exactly is sugar?

Simply put, sugar is a form of carbohydrate and contains carbon, hydrogen, and oxygen molecules. When carbohydrates are consumed, they are digested and broken down into glucose. This serves as the preferred energy source for cells throughout the human body including your brain and central nervous system.

What are the different types of sugar?

The four most common forms of simple sugars include:

But these four different types of sugar can be categorized further into natural sources of sugar and added forms.

The difference between added sugar and natural sugar:

When we think of sugar, visions of Halloween candy and Big Gulps come to mind. The type of sugar in candy and most sugary drinks is known as added sugar. As you would suspect, this form of sugar is added to foods and beverages to help enhance flavor, color, texture, and shelf life. Essentially, this type of sugar adds calories but no special nutritional value which is why it’s commonly referred to as empty calories.

Added sugar in moderation is fine, but most people consume much more than they realize. In the Standard American Diet (SAD), top sources of added sugar include soda, fruit drinks, cereals, cookies, cakes, candy, flavored yogurts, and many processed foods. And American adults consume an average of 77 grams of added sugar per day, according to the American Heart Association (more than triple the recommended amount for women!). This excessive consumption of added sugar can lead to chronic spikes in blood sugar, weight gain, and increased risk of several chronic diseases.

But not all sugar is added to foods. Natural sugars are found naturally in foods like fruits and milk. Although the sugar itself doesn’t provide much benefit, it comes as part of a full nutrient package with vitamins, minerals, and antioxidants. Foods with natural sugars tend to be nutrient-dense and also fiber-rich, providing the body with a variety of health benefits. But certain foods that contain natural sugar can also have hidden added sugar.

The different names of added sugar:

Added sugars aren’t always so black-and-white, and can often disguise themselves in ingredient lists under names you might not be too familiar with. Some examples of hidden sources of added sugar include:

How to calculate sugar on food labels:

The Food and Drug Administration (FDA) recently did a much needed update to the traditional nutrition facts label box that you see on foods and beverages. One of the main changes to the label is that both total sugars and added sugars are now listed.

Many dairy products, like yogurt for example, contain natural sugars but often have significant amounts of added caloric sweeteners incorporated for flavor. If you want to calculate the amount of natural sugars in a food or beverage, simply subtract the added sugar number from the total sugar value. And remember that the ingredients list on any food panel goes by weight. If a food lists added sugar as the first ingredient, it’s likely to have poor nutritional value and may be calorically dense.

The bottom line about different types of sugar:

What types of food contain disaccharides?

Disaccharides are made up of two monosaccharides and are commonly found in fruits and vegetables, including sugar beets and sugar cane, and as lactose in dairy products.

What are 3 examples of disaccharides?

The three major disaccharides are sucrose, lactose, and maltose.

What are 5 examples of disaccharides?

Sucrose, maltose, and lactose are the most familiar disaccharides, but there are others.

What are the three most common food disaccharides?

Is Rice a disaccharide?

Plants store glucose as the polysaccharide starch. The cereal grains (wheat, rice, corn, oats, barley) as well as tubers such as potatoes are rich in starch….

Do Sweet potatoes have disaccharides?

Raw root sweet potato usually contains monosaccharides: glucose and fructose as well as disaccharide sucrose [7] [8] . However, the heating of sweet potatoes yields maltose, which is the main saccharide that contributes to the sweetness of baked sweet potatoes [6] [9] .

Is chocolate a disaccharide?

How do you identify disaccharides?

Remember that disaccharides are formed upon dehydration synthesis of two monosaccharides.

How disaccharides are formed?

Is dark chocolate a disaccharide?

Is cheese a disaccharide?

Disaccharides are: sucrose (table sugar), lactose (milk sugar), maltose (malt sugar). Disaccharides are in beverages and baked goods. They are refined for making brown sugar, powdered sugar, and molasses. Lactose is in dairy products such as cheese, yogurt, and ice cream.

Is dark chocolate a disaccharides?

What are three important disaccharides?

Disaccharides are two monosaccharide units linked together. Nutritionally, there are three important disaccharides: maltose, sucrose and lactose. Maltose is composed of two glucose molecules linked together and is a component of starch, a complex carbohydrate.

What are examples of foods containing polysaccharides?

ricecornSmall amounts in other root vegetables and unripe fruit

What is the structure of a disaccharide?

Chicken With Ham And Swiss