Food with high vitamin D3 are functional in nature, as they can help maintain healthy bones, teeth and muscles by aiding absorption of calcium. Vitamin D3 is often referred to as the sunshine vitamin because exposure to sunlight produces our body’s supply of this vitamin. Exposure to sun helps us manufacture vitamin D from cholesterol that then goes on to function in a variety of ways including: The absorption of calcium

Remember that you have three choices about how to get your vitamin D:

Doctors often favor the supplement because of the dangers of UV rays and the difficulty of getting vitamin D from diet alone. Oily fish is the best source of D3, but few people want to eat fish daily.

In the United States, these foods are usually fortified with vitamin D2:

Remember that Vitamin D2 is found mainly in plants, while D3 comes mainly from animals. Mushrooms, especially when exposed to UV light, are a rich source of vitamin D, but it is mostly D2 with some D3.

When listing the amount of vitamin D in foods, most sources do not distinguish between vitamin D2 and D3. Some foods will contain a mixture of both forms. The following foods are rich in vitamin D, and since they are animal sources, they contain mainly D3:

Just 3 ounces of rainbow trout provides 645 IU for 81% of the DV. It is also rich in heart-healthy omega-3 fatty acids.

Sockeye salmon has slightly less than trout at 570 IU and 71% of the DV. Salmon can contain mercury, but some authorities say the benefits of salmon outweigh the hazards, especially when eaten in moderation.

A typical serving of sardines, which is about one can, would provide around 200 IU. Sardines offer other nutrients, such as vitamin B12 and omega-3s.

With 44 IU and 6% of the DV, the vitamin D in one egg is almost identical to two sardines. The cholesterol content makes loading up on eggs inadvisable.

Some people love liver. Some people hate it, but it packs a nutritional punch, with lots of protein, iron, and vitamin A. Like eggs, it is quite high in cholesterol. The vitamin D in 3 ounces of liver is 42 IU for 5% of the DV.

Why You Need Vitamin D3

Authorities disagree about how much vitamin D the body needs. In the United States, the Daily Value (DV) for vitamin D has been set at 800 International Units (IU).

It’s important not to take too much vitamin D. Vitamin D toxicity is rare but can be serious, resulting in symptoms ranging from nausea to bone pain and kidney stones.

A deficiency of vitamin D can have serious consequences in the body. Vitamin D is vital for these reasons:

Doctors discovered vitamin D when they were studying rickets, a children’s bone disorder. Today rickets is rare, but vitamin D is still needed for bone health. It’s especially important for women past menopause, who are at risk of osteoporosis. Vitamin D is also used to treat a more serious bone condition called osteomalacia (softening of bones). Vitamin D allows the body to absorb calcium. Without vitamin D, the body uses only a small percentage of the calcium in food.

Higher levels of vitamin D in the blood are associated with lower levels of some cancers, including colorectal, prostate, and pancreatic. In animal studies, vitamin D was associated with fewer tumors and slower growth of tumors. Clinical trials in humans suggest that vitamin D may not prevent cancer but may slow its progress.

Low levels of vitamin D may be a risk factor for various forms of dementia, including Alzheimer’s disease. Animal studies and cell studies have shown a connection, but the results of clinical trials have been mixed. Further research is needed.

Look to these 7 sources when there’s just not enough sun.

Over the past decade, vitamin D (technically a hormone) has become one of the most-researched nutrients: Not only is it critical for bone health, cell growth, immune function and other processes, it may also play a role in preventing inflammation and protecting against several forms of cancer. There’s some controversy around how much you should get: While the recommended daily value (DV) for vitamin D was recently updated to 600 IU per day for adults, some studies suggest a higher intake (as much as 4,000 IU per day) is needed to maintain optimal blood levels. Your body produces vitamin D when UV rays from the sun hit your skin, but during the winter and in northern climates, you may not get enough. Because it’s naturally present in very few foods, mostly animal products, vegetarians are at a high risk of deficiency. Here’s how to meet your needs in the gray days of winter:

Salmon is a rich source of vitamin D, but the amounts vary depending on how the fish are raised. Wild-caught varieties are higher: Some contain as much as 988 IU of vitamin D per serving, compared with farmed salmon, which has only about 25% as much. Tuna, herring, mackerel, catfish and halibut are other good sources of vitamin D.

One large, commercially raised egg has about 40 IU of vitamin D, but pasture-raised versions can have up to four times as much. Eggs from chickens that were fed vitamin D– enriched feed may have as much as 500 IU per egg. The vitamin D is concentrated in the yolk, so egg white omelets won’t do it; eat the whole thing.

Mushrooms are the only plant source of naturally occurring vitamin D; they contain a type of sterol, called ergosterol, that converts to D in the presence of sunlight. The primary form produced by mushrooms is D2, which some studies suggest is equally as effective as D3. Amounts vary depending on the type of mushroom; some commercially grown varieties are raised in the dark and contain little vitamin D, but if they’re exposed to UV light, they can contain high amounts: one cup of UV-exposed portobellos, for example, provides more than you need in a day. To make sure you’re getting D, look for mushrooms labeled “UV treated” or “high in vitamin D.”

These small, oily fish in the herring family are also excellent sources of vitamin D, with 200 to 300 IU per serving. Like salmon, they’re also loaded with omega-3 fats and other nutrients. The big plus: canned sardines are super-convenient, and if you buy the bone-in varieties, they’re an excellent source of calcium, with about 350 milligrams per serving.

They’re high in vitamin D — a six-oyster serving has around 270 IU of vitamin D — and low in carbohydrates and calories (around 50 calories per serving). Oysters are also loaded with zinc, important for immune function: One serving can have up to 59 milligrams, or about 500% of the DV.

While vitamin D doesn’t naturally occur in milk, cheese, yogurt or other dairy products, most varieties have added D. In the 1930s, the United States began fortifying milk with vitamin D to enhance calcium absorption and prevent rickets, a childhood skeletal disease. Dairy from grass-fed or pastured animals is also higher in omega-3 fats and other nutrients.

Because animal products are the only sources of vitamin D3, vegans, vegetarians or people with dairy sensitivities may be at risk for vitamin D deficiency, so most soy, almond, oat and other plant-based milk substitutes are fortified. Most varieties contain between 15 and 25% of the DV for vitamin D per cup, about the same as cow’s milk. Plus, most are also fortified with calcium for bone health. Fortified orange juice is another good option for vegans, vegetarians or those with dairy sensitivities.

Where To Get It 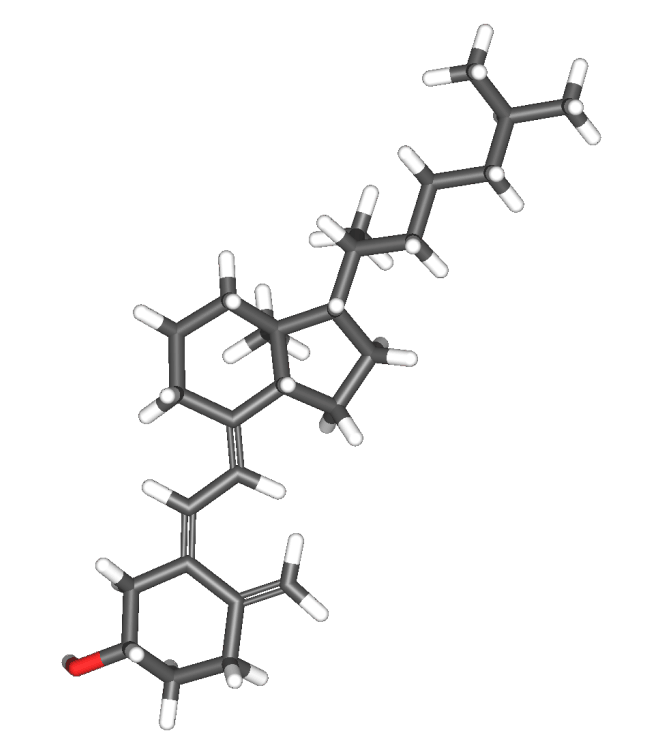 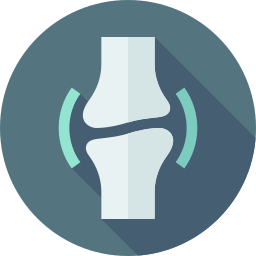 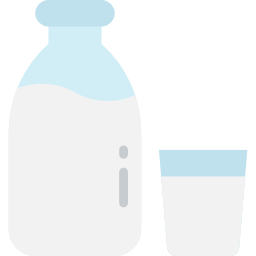 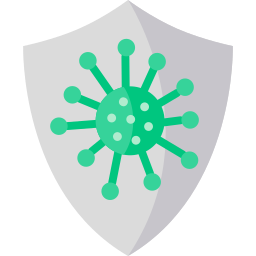 Key facts: Vitamin D plays a key role in bone growth, calcium absorption, and your immune system. Unlike some vitamins, your body can produce it with the help of the sun. Sunlight helps catalyze a key reaction in the production of Vitamin D. 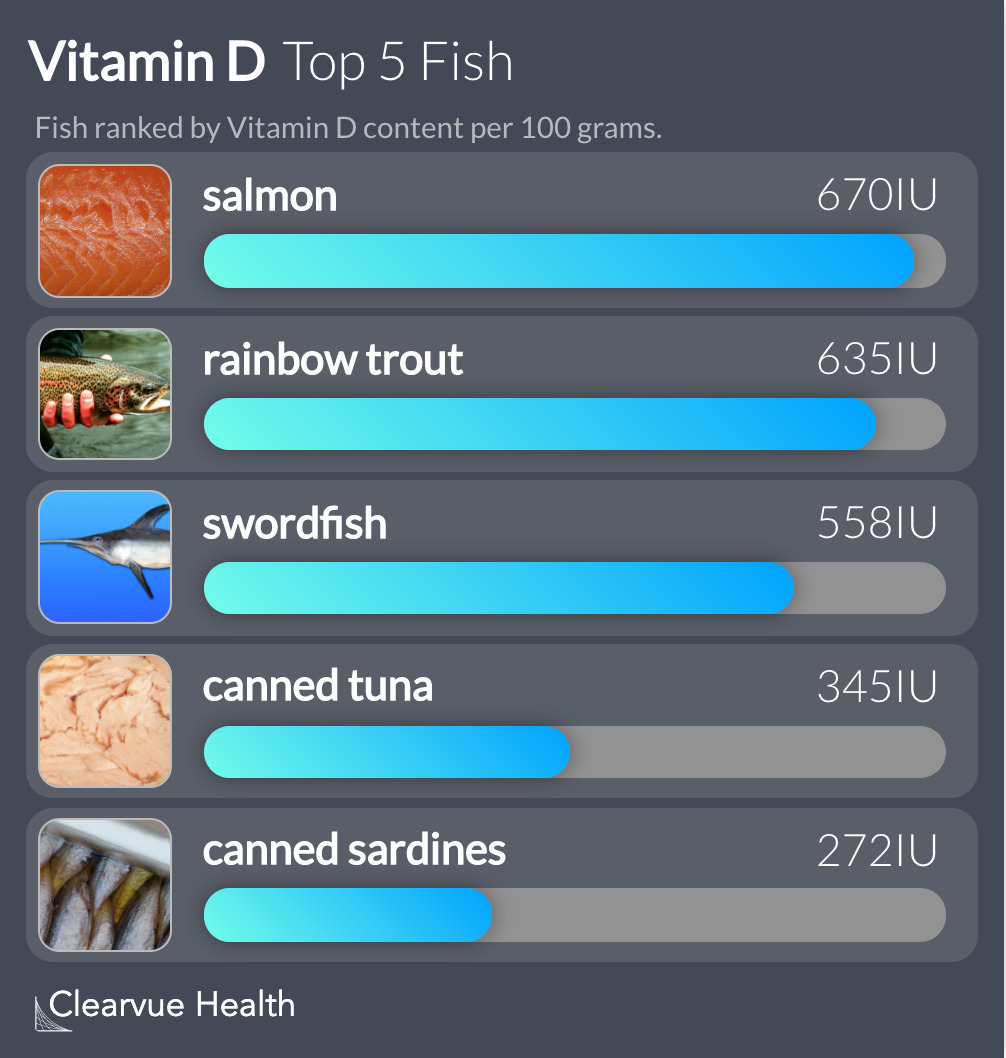 We rank the top five fish for vitamin D. Vitamin D content above is listed per 100 g. The data was obtained from the USDA and the NIH. On the charts, the blue bars are scaled to the relative amount of vitamin D per gram. 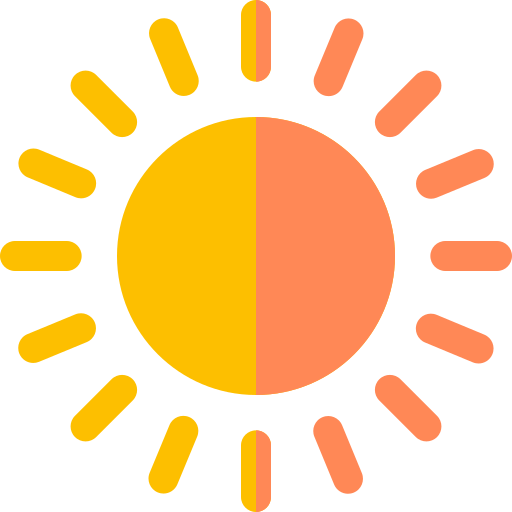 Unlike other vitamins, your body can actually make its own vitamin D. Your skin cells use sunlight to convert precursor molecules into vitamin D. 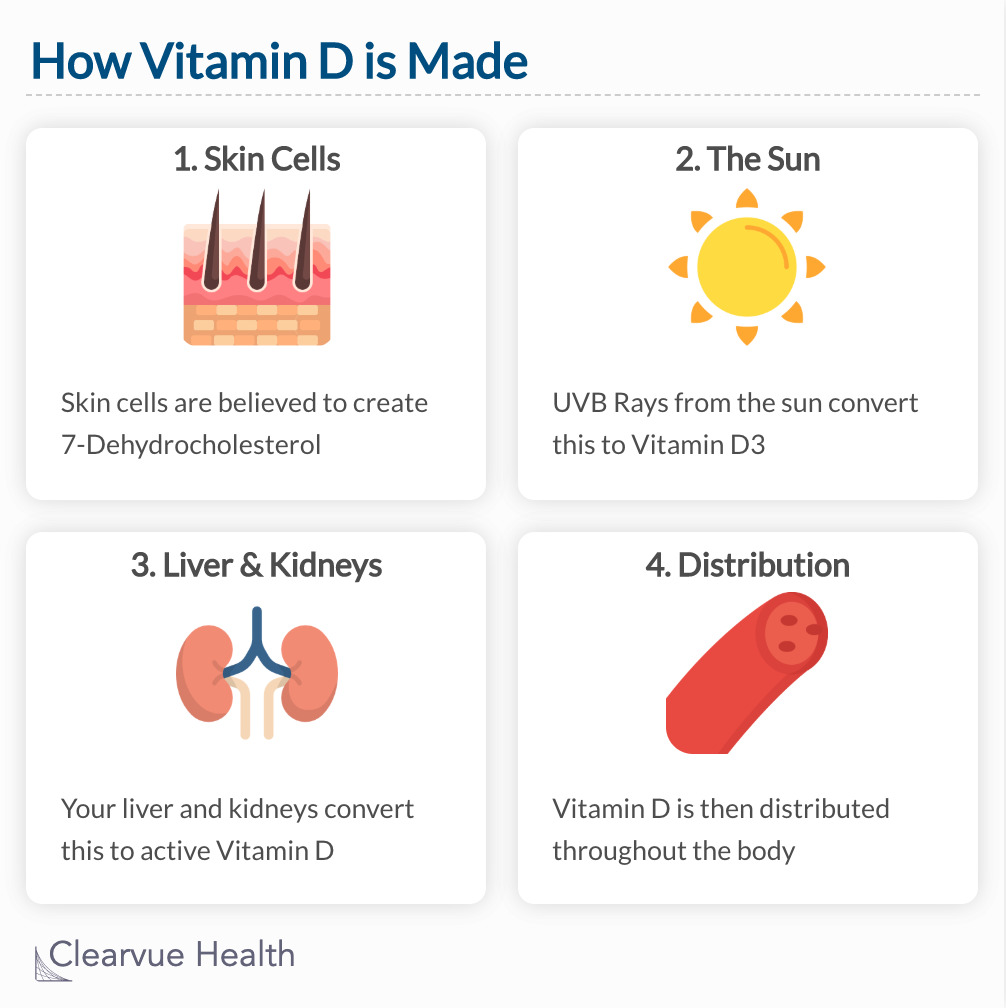 There is some evidence that vitamin D can protect you from the flu. School children who were given vitamin D supplements were less likely to get sick. One possible reason maybe that your immune needs Vitamin D to work at its full capacity. 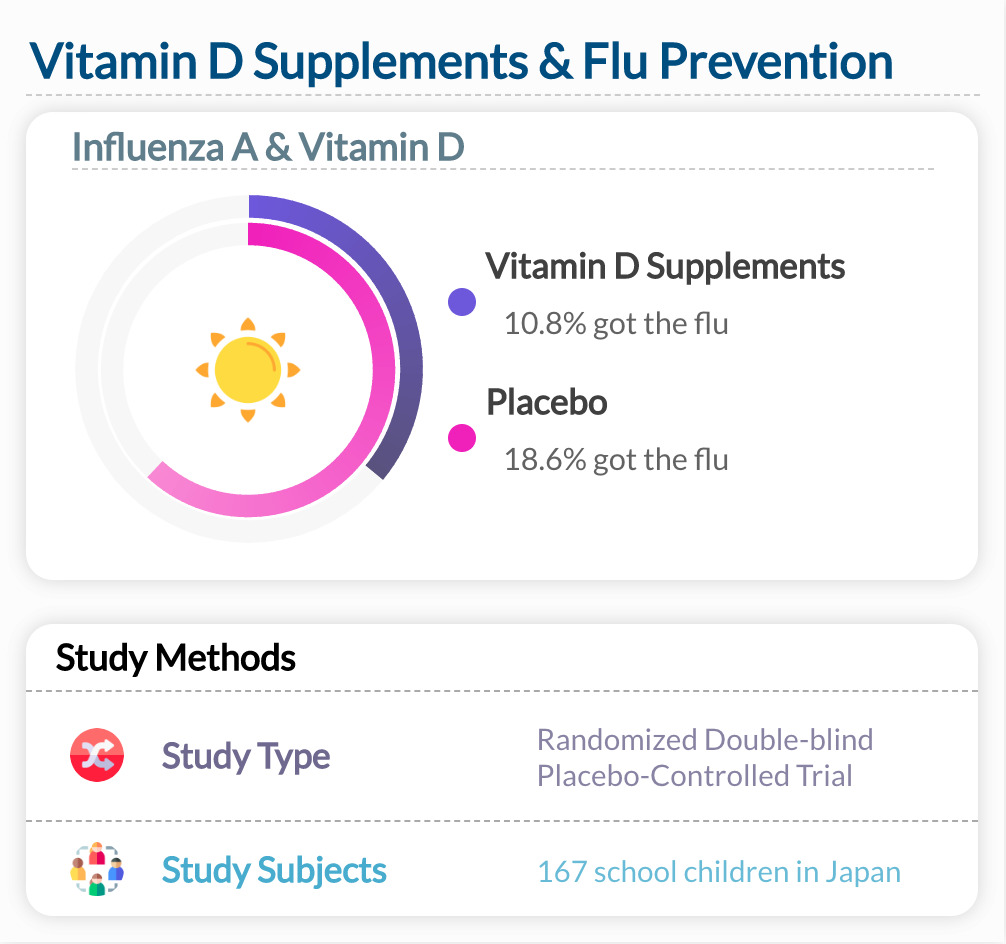 One surprising study found that vitamin D may have a benefit in reducing your risk of dying from cancer. While vitamin D might not keep you from getting cancer, the evidence below suggests that it might prevent you from dying from it.

Vitamin D has been associated with a significantly lower risk of dying at any given time. Much of this reduction in risk of death is driven by Vitamin D’s effect in reducing risk of cancer death.

How Many Calories Should Be In One Meal