Wheat is one of the most versatile grains when it comes to nutritional value and health. It can be found all over the world and is very easy to incorporate in your daily diet. It has a ton of health benefits such as controlling obesity, improving the metabolism in your body, preventing type 2 diabetes, reducing chronic inflammation, preventing gallstones, preventing breast cancer, promoting gastrointestinal health in women.

It also helps in preventing childhood asthma, protecting the body from coronary diseases, relieving postmenopausal symptoms and preventing heart attacks. By including wheat in your diet regularly, you can benefit from all the nutrients it has to offer and prevent the occurrence of a multitude of ailments. 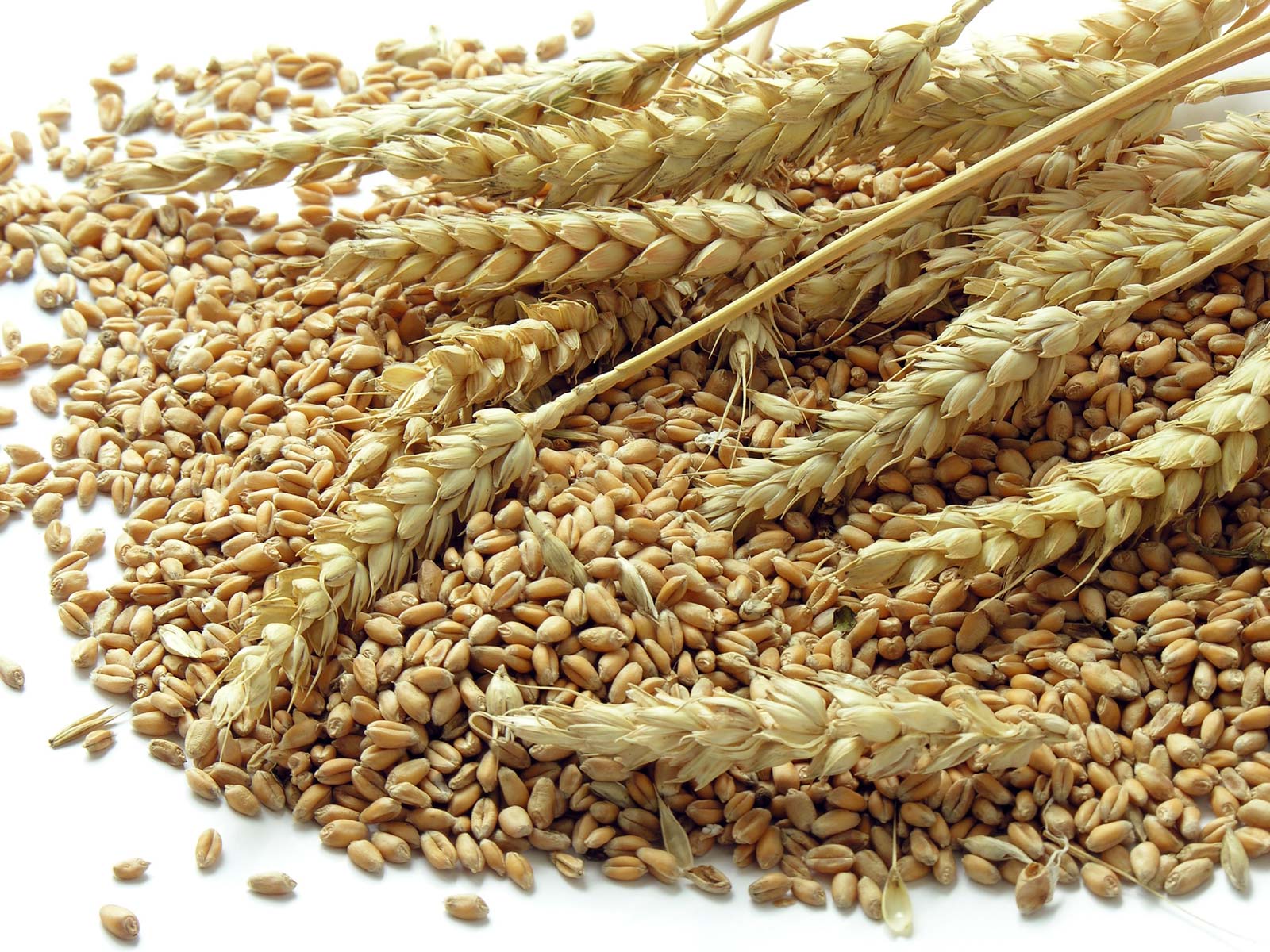 Wheat is an extremely common cereal and is present in almost everything you eat. From pasta, bagels, crackers, and bread to cakes and muffins, this wholesome grain is an essential part of almost any food. It’s health benefits depend predominantly on the type of wheat being consumed.

For instance, whole wheat is considered one of the healthiest forms of wheat, whereas extracted versions of this grain are less healthy as the outer brown layer is often removed. This layer contains a variety of nutrients such as Vitamin B3, B2, B1, folic acid, copper, calcium, phosphorus, zinc, fiber, and iron, and losing out on them can have an impact on your diet.

Wheat is filled with a host of nutrients that are great for your health. It contains catalytic elements, Vitamin E, Vitamin B, mineral salts, copper, calcium, iodide, magnesium, zinc, potassium, manganese, Sulphur, silicon, chlorine, and arsenic, which is why it is a great foundation for any diet.

In 100g of wheat, there are 339 calories. The total fat present in wheat is 2.5g out of which there is 0.5g of saturated fat, 1g of polyunsaturated fat, and 0.3g of monounsaturated fat. It has 0mg of cholesterol. Wheat has 2mg of sodium and 431 mg of potassium.

One of the common food item in the Indian diet. Rich source of dietary fiber and magnesium and manganese. Mentioned below are the best health benefits of Wheat.

Although wheat is known for controlling obesity, this benefit is far more active in women than in men. Consuming whole wheat products on a regular basis can really help patients suffering from obesity and can lead to considerable weight loss.

When your body’s metabolism is not functioning at an optimal level, it can lead to a variety of metabolic syndromes. Some of the most common ones are high triglycerides, visceral obesity (which leads to a pear-shaped body), high blood pressure, and low levels of HDL cholesterol. These can put patients at risk for cardiovascular diseases.

This is why most doctors recommend making whole wheat grains a part of your diet. They improve your overall digestion, which ultimately leads to better metabolism, thereby preventing these problems from arising in the first place.

While type two diabetes is a chronic condition and can be very dangerous if not controlled properly, it is also a disease that can be reversed if one pays more attention to one’s diet. One of the nutrients found in abundance in wheat is magnesium.

This mineral is a co-factor for over 300 enzymes that directly affect the way the body uses insulin and secretes glucose. Thus, consuming whole wheat on a regular basis helps to control the sugar in your blood. By simply replacing the rice in the daily diet with wheat, diabetics can easily control their sugar levels by a decent margin.

Chronic inflammation basically refers to any inflammation that has lasted for a few months. It can be caused due to many reasons such as a reaction to a harmful stimulus or a problem within the immune system. Though it may not sound like a very serious problem, if left unchecked, it can lead to certain types of cancer, and even rheumatoid arthritis.

Fortunately, chronic inflammation is something that can be controlled with wheat. Wheat contains betaine, which not only reduces inflammation but also helps with other ailments such as Alzheimer’s disease, cognitive decline, heart disease, type 2 diabetes, and osteoporosis. 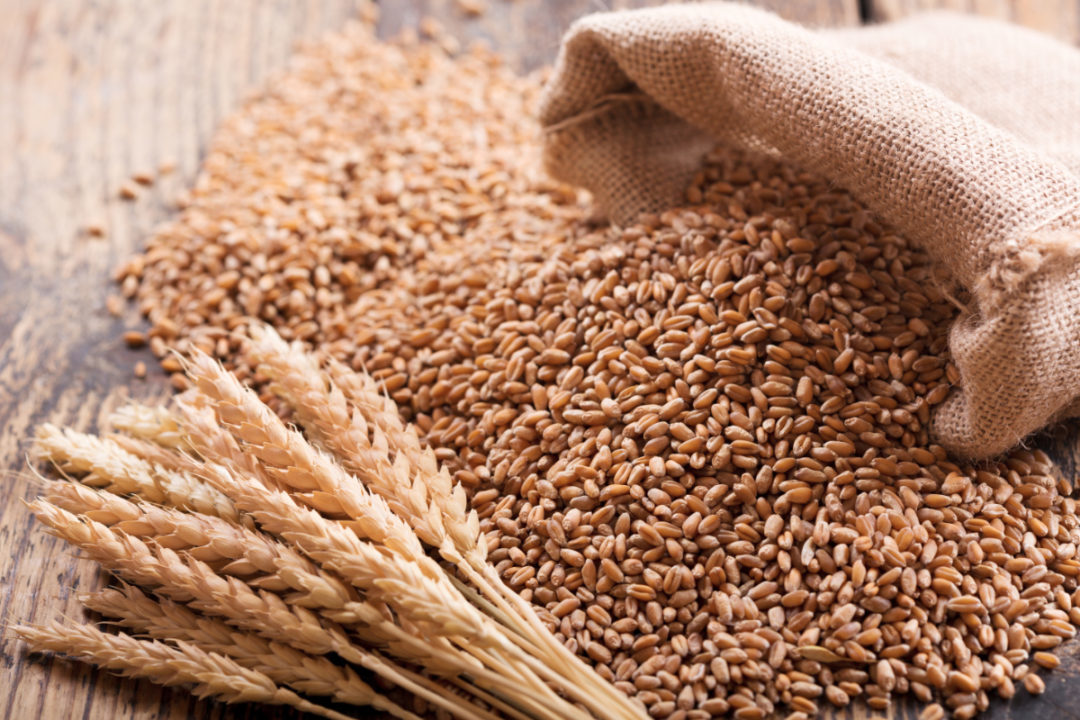 This is especially effective in premenopausal women, who are generally more at risk for developing this type of cancer. Moreover, wheat also contains lignans. Lignans occupy the hormone receptors in the body, which also helps keep the high circulating estrogen levels in check, which aids the prevention of breast cancer.

As discussed earlier, wheat is rich in fiber and helps with smoother digestion. This means that the body requires lesser acid bile secretion to break down the food and pass it along. As a result, there is lesser acid bile secretion and enzymes in the stool. This can prevent colon cancer from occurring and in general promotes better gastrointestinal health, especially in women.

This is because wheat is rich in magnesium and vitamin E. However, for a lot of asthma patients, wheat is also a nutrient they’ve been asked to avoid so this is something that one should include in the diet only after consulting with a doctor. It is the best way to prevent your condition from getting worse.

Plant lignans is a phytonutrient that is highly abundant in whole wheat. When consumed, they are transformed into mammalian lignans in the intestines by responsive flora in the body. One of the lignans that is found in wheat is known as enterolactone, which protects the body from cancers that are hormone dependent, such as breast cancer.

They also prevent various types of heart disease. Wheat also increases good cholesterol (HDL) in the body, which also as a significant role to play when preventing heart disease. Another benefit of wheat that can reduce the risk of heart disease is that it fights obesity.

Indulging in a diet that has high whole wheal content is great for women who have just gone through menopause as they are at risk for a variety of diseases. It helps with high blood pressure, cardiovascular disease, and high cholesterol by slowing down the progression of atherosclerosis, which refers to the building up of plaque in the blood vessels and arteries, and reducing the chances of heart attacks and strokes in women.

More often than not, doctors prefer natural treatments and cures for patients who have suffered from a heart attack. This is because these treatments work faster and also take less of a toll on the body. While it is not entirely clear why these work better than medicinal drugs, doctors do encourage natural treatments.

Whole grain foods such as wheat and foods rich in dietary fiber have been proven to reduce blood pressure levels in patients, which reduces the chances of having another heart attack. Of course, a healthy diet needs to be accompanied with all the recommended exercises in order for it to be truly effective.

Wheat is used to create a variety of foods that are consumed in an average person’s daily life and, therefore, it is very easy to incorporate it in your diet. One of the easiest ways to procure wheat is just to include bread in your meals, preferably whole wheat bread.

You can use it to create delicious sandwiches and subs. Another way to incorporate it in your diet is to have wheat flakes for breakfast. You can add a bunch of tasty fruits to the bowl to add to its nutritional value and taste. Wheat is used to create livestock feed. Wheat is also used to make beer.

Allergies and Side-Effects of Wheat

People who are susceptible to allergic reactions are warned to avoid wheat as it can make the reactions worse. This can lead to eczema, itching, hives, and rashes. Wheat is also high in oxalates, which is why you should not overdo it with it. Too much oxalates in your blood can lead to a host of problems such as kidney stones, gallstones, and gout.

Wheat traces its origins to South West Asia, although it is now grown all over the world. Wheat cultivation occurs at high altitudes.