How many MG of iron to  take  during  pregnancy? This is a common question and it might be quite tricky to answer, depending on the number of factors that you have to consider. So with this article, I will tell you how many mg iron you have to take daily, depending on your situation.

Given below is a list of iron foods that are rich sources of iron. Iron is vital for healthy functioning of the body and it can be obtained through food. The best sources of iron are meat, non-meat products and fortified cereals.

How Many Mg Of Iron To Take During Pregnancy?

Pregnant women (of all ages) need: 27 milligrams (mg) of iron per day

Note: Breastfeeding women need 9 to 10 mg of iron per day, which is less than pregnant and nonpregnant women. This number is lower because it assumes that breastfeeding women haven’t had a period yet, so need less iron.

To make sure you’re getting enough iron, eat a variety of iron-rich foods every day.

There are two forms of iron: heme and non-heme. Heme iron is found only in animal sources and is easier for your body to absorb. Non-heme iron is found in plants, iron-fortified foods, and supplements.

Red meat, poultry, and seafood contain both heme and non-heme iron and are some of the best sources of iron. But if you’re vegan or vegetarian and don’t eat animal protein, you can get iron from legumes, vegetables, and grains. 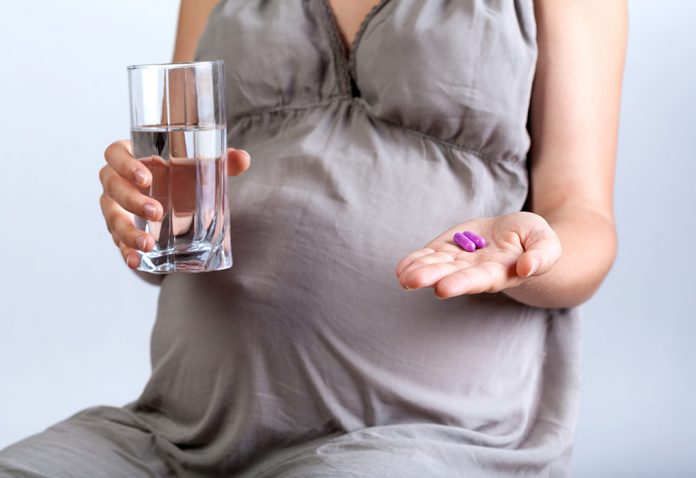 Note: Liver supplies a very high concentration of iron, but it also contains unsafe amounts of vitamin A, so it’s best to limit how much liver you eat during pregnancy.

(To help visualize, 3 ounces of meat is about the size of a deck of cards.)

Ways to get enough iron in pregnancy

Here are some tips for getting as much iron as possible from your diet:

If you have low iron or iron-deficiency anemia, some experts believe you shouldn’t eat iron-inhibiting foods at the same time as iron-rich foods. Others believe it’s okay to eat these foods together as long as your overall diet includes plenty of iron-rich and vitamin C-rich foods. Your provider or a dietitian can work with you to create a prenatal nutrition plan that supports healthy iron levels.

Do you need iron supplements during pregnancy?

You may. Many women start their pregnancy without enough iron to meet their body’s increased demands and are unable to bring their levels up through diet alone. But you won’t need to take additional supplements unless your provider advises you to. The iron in your prenatal vitamin will likely be all you need, unless you have (or develop) anemia. 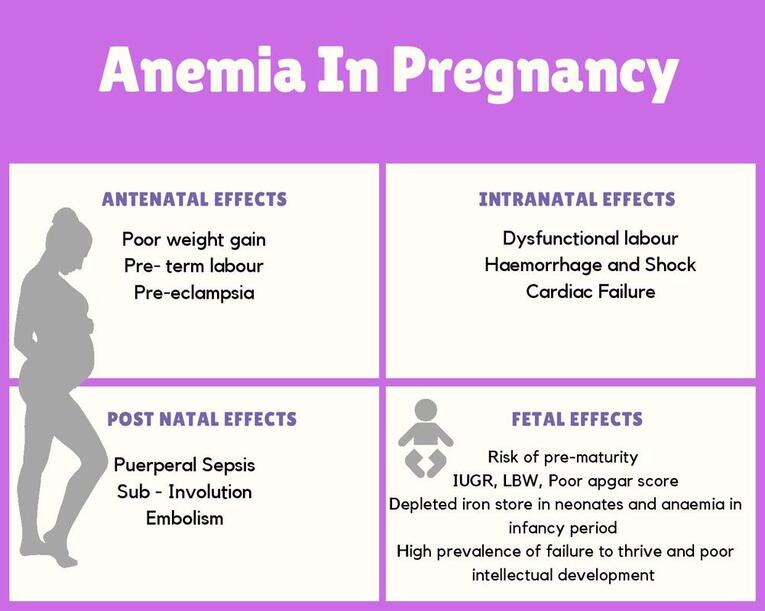 Healthy men lose body iron in sloughed epithelium, in secretions from the skin and gut lining, and from small, daily loss of blood from the gastrointestinal tract (0.7 mL of blood daily); cumulatively, this amounts to 1 mg of iron. Men with severe siderosis from blood transfusions can lose a maximum of 4 mg daily via these routes without additional blood loss.

Healthy newborn infants have a total body iron level of 250 mg (80 ppm), which is obtained from maternal sources. Infants consuming cow’s milk have a greater incidence of iron deficiency, because bovine milk has a higher concentration of calcium, which competes with iron for absorption. Subsequently, growing children must obtain approximately 0.5 mg more iron than is lost daily in order to maintain a normal body concentration of 60 ppm.

Prolonged achlorhydria may produce iron deficiency because acidic conditions are required to release ferric iron from food. Then, it can be chelated with mucins and other substances (e.g., sugars, amino acids, amides) to keep it soluble and available for absorption in the more alkaline duodenum.6,7

Laboratory Tests
The severity of the anemia can be documented by a CBC. In chronic iron deficiency anemia, the cellular indices show a microcytic and hypochromic erythropoiesis; both the mean corpuscular volume (MCV) and mean corpuscular hemoglobin concentration (MCHC) have values below the normal range for the laboratory performing the test. Reference range values for the MCV and MCHC are 83 g/dL to 97 g/dL and 32 g/dL to 36 g/dL, respectively. Often, the platelet count is elevated (>450,000/mcL); this normalizes following iron therapy. The white blood cell count is usually within reference ranges (4,500-11,000/mcL).8

If a CBC is obtained after blood loss, the cellular indices do not enter the abnormal range until most of the erythrocytes produced before the bleeding are destroyed at the end of their normal lifespan (120 days).

Examination of the peripheral smear is an important part of the workup of patients with anemia. Examination of the erythrocytes shows microcytic and hypo­ chromic red blood cells in chronic iron deficiency anemia. The microcytosis is apparent in the smear long before the MCV is decreased following an event that produces iron deficiency. Platelets are usually increased in this disorder.

Other laboratory tests are useful to establish the etiology of iron deficiency anemia and to exclude or establish a diagnosis of one of the other microcytic anemias.9

Pharmacotherapy
Iron therapy without pursuit of the cause of iron deficiency is a poor practice. The response to treatment is assessed by serial hemoglobin measurements until normal red blood cell values are achieved. Hemoglobin rises slightly for two weeks, then rises by 0.7 to 1 g per week until near normal, at which time rate of increase tapers. The normal range is 3.0 mcg/mL to 8.5 mcg/mL. Normally, anemia should be corrected within two months. A subnormal response suggests continued hemorrhage, underlying infection or malignancy, insufficient intake of iron, or very rarely, malabsorption of oral iron. The most sensitive and specific criterion for iron-deficient erythropoiesis, however, is absent marrow stores of iron, although a bone marrow examination is rarely needed. During iron therapy, the anemia and iron panels need to be monitored.8

Great Cooking Ideas From People Who Know All About It