Iodine is an essential mineral, meaning your body needs it to function properly. You can’t produce it on your own and must ingest it through your diet or as a supplement.

It’s a trace element, or a relatively small percentage of the body’s tissue. That means your body only needs a small amount of it.

Iodine is found in foods, but amounts can be hard to identify. Iodized salt is the main source of this mineral in the United States. Most people need to regularly use salt that is enriched with iodine in order to get enough in their diet.

What is Iodine and How Does the Supplement Work?

This article discusses what iodine is used for and how much iodine is recommended. It also covers what happens when you get too little or too much iodine.

What Is Iodine Used For?

Iodine is an important part of thyroid hormones. These hormones help your body regulate weight, internal temperature, and energy levels. They also play a role in skin, hair, and nail growth.

Iodine may play a role in physical functions besides thyroid hormone production, but the evidence is not completely clear.

Your thyroid gland makes the thyroid hormones thyroxine (T4) and triiodothyronine (T3). Both of these contain iodide (a form of iodine).

Iodine is consumed by mouth and is quickly absorbed in the stomach and small intestine. It travels through the bloodstream. From there, iodine receptors (located in the thyroid) bind to it and take it in.

The active T3 thyroid hormone functions in virtually every cell and organ in the body by regulating metabolism, energy use, growth, and repair.

This can cause a variety of symptoms, including:

Dietary iodine deficiency is among the leading preventable causes of cognitive (intellectual) and developmental disabilities in many parts of the world.

Children who are deficient in iodine may experience the same effects as adults as well as additional symptoms. The effects can be subtle and gradual including slow physical growth, mood problems, trouble concentrating, and learning difficulties.

With hypothyroidism, your body doesn’t make enough thyroid hormones. It can cause weight gain, decreased energy, trouble concentrating, menstrual irregularities, and more. Children may have these symptoms in addition to slow growth, mood problems, and learning difficulties.

The thyroid gland then becomes enlarged but still can’t function adequately without enough iodine. This change is described as goiter.

Iodine deficiency in infants is detected by newborn screening tests. The condition may cause babies to experience trouble eating, weak muscle tone, or heart problems. Sometimes, it may not cause any symptoms at all.

While there are other causes, newborn babies born to mothers with low iodine intake during pregnancy can develop congenital hypothyroidism.

The condition can improve if infants get enough iodine in their diet after they are born. If they don’t, they are at risk for developing learning deficits and limits in physical growth as a result of inadequate thyroid function.

It has been suggested that iodine deficiency may also be associated with breast disease, stomach problems, and bone problems, but these concerns have not been verified.

In some situations, your iodine might not function the way it should if goitrogens interfere with iodine absorption in the thyroid gland.

Goitrogens are foods and other substances that compete with iodine uptake in your thyroid gland. This can prevent proper production of thyroid hormones.

Some goitrogens include broccoli, cabbage, cauliflower, kale, and strawberries. If you have normal thyroid function and iodine intake, you don’t need to worry about these foods causing an iodine deficiency.

In general, moderate iodine consumption from iodized salt or the food in your diet shouldn’t cause problems. Extra iodine is easily eliminated through the urine.

However, you can consume more iodine than your body can handle by using supplements that contain high doses of iodine. Chronic iodine overdose has been associated with goiter, hyperthyroidism, thyroiditis, and thyroid cancer.

In rare instances, iodine toxicity can occur as a result of consuming heavy doses of iodine supplements.

Children who eat a whole bottle of vitamin pills or adults with kidney failure using supplements may not be able to properly eliminate excess iodine. Symptoms can include stomach upset, vomiting, and diarrhea.

Allergies and sensitivities to iodine have been reported. There are three types of iodine reactions:

Allergic reactions have been reported when iodine is ingested in seafood or injected for imaging studies. However, some medical experts question whether these allergies are due to iodine or another component.

Iodine is added to table salt, which is labeled as “iodized salt.”Since thyroid hormones are produced on an ongoing basis, all children and adults need to regularly consume iodine. Pregnant women need higher amounts to support the developing baby.The United States Institute of Medicine produced a recommendation for the amount of iodine a person should ingest on a daily basis.7

Common sources of iodine include:

Iodine levels can be measured in your urine. Normal levels range from 100 to 200 micrograms per liter. Common sources of iodine are salt, supplements, and food such as fish and seaweed.

Radioactive iodine is used as a medical treatment for conditions like thyroid cancer or goiter. It’s often used to destroy overactive thyroid tissue or thyroid cancer.

This treatment comes as a prescription pill and requires a special low iodine diet several weeks before starting treatment. Radioactive iodine can be harmful to others, so there are precautions to take to protect other people. This includes covering your neck for the duration of your treatment.

Over-the-counter and prescription forms of iodine solution are often used to prevent infections. The mineral is often added to topical antiseptics and is believed to destroy infectious microorganisms with minimal risk of side effects.Iodine is also used for pre-surgical care. It is a component of povidone-iodine, which is one of the preparations used for surgical procedures to prevent infections.

In rare instances, a nuclear emergency associated with a radioactive iodine leak can pose serious health threats to the public. In these instances, potassium iodide can be used to prevent thyroid gland damage.

Salt is enriched with iodine and found naturally in some foods. Therefore, iodine supplements aren’t recommended unless you have a deficiency diagnosed by your healthcare provider. In fact, with a thyroid disorder, a low iodine diet is often recommended.If you have to follow a very low salt diet due to other health issues, you may need iodine supplementation. 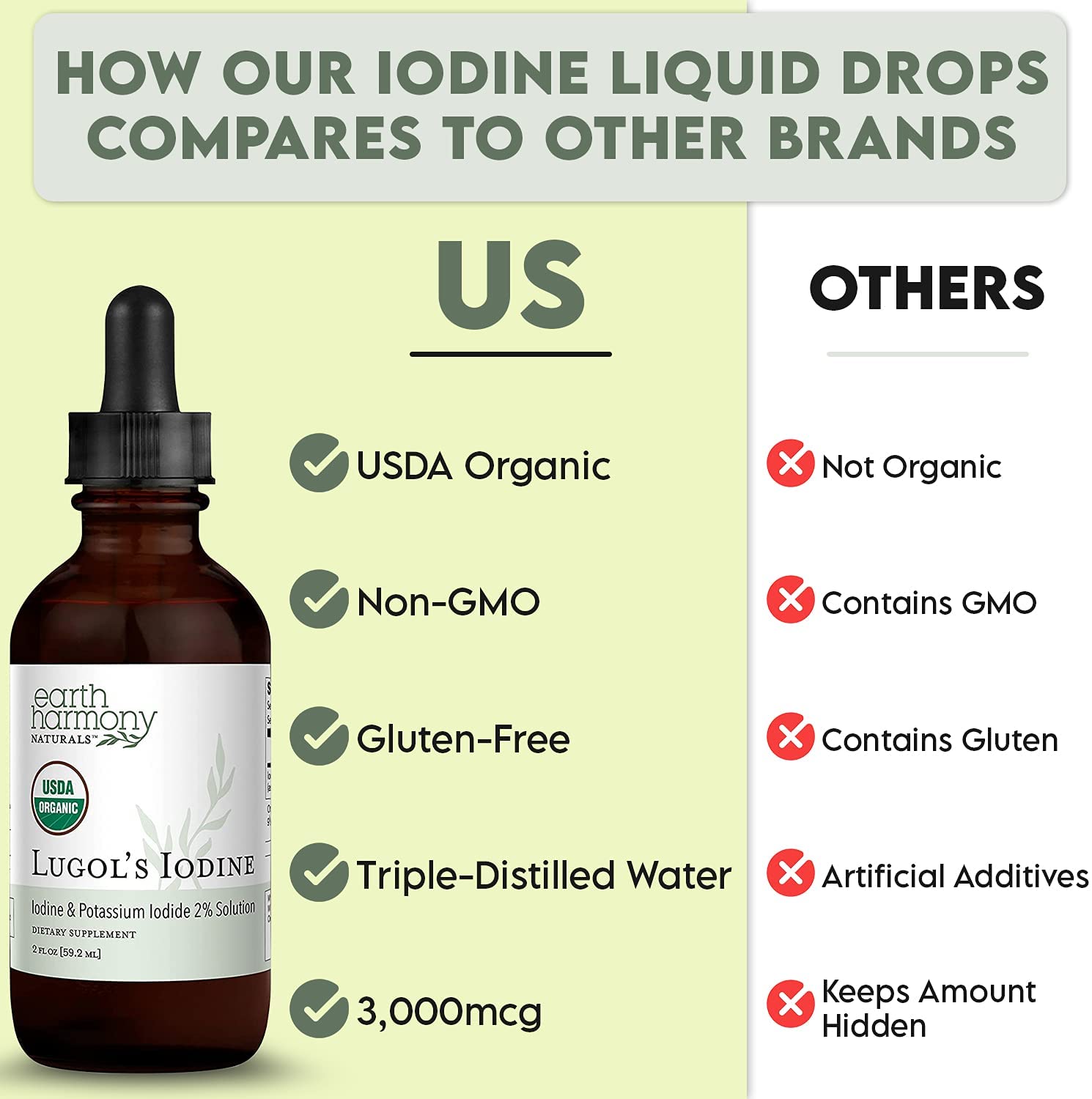 You have probably heard of the importance of essential minerals such as magnesium and selenium for staying healthy and vibrant at any age. But how much do you know about iodine?

The fact is that iodine is utilized for just about every function in your body. Yet many people are unaware of their body’s need for iodine, and that iodine deficiency has reached epidemic proportions worldwide.

Here are 10 reasons why maintaining sufficient iodine levels is an absolute MUST for your health:

#1. Iodine Is Necessary for Metabolism and Thyroid Function

Metabolism is the act of converting food into substances your body can use. Iodine is an important part of this process. It helps the body break down food into nutrients via the thyroid gland and other mechanisms. Iodine is the literal “fuel” for the thyroid. Triiodothyronine (T3) and thyroxine (T4) are the main hormones that the thyroid produces.

For these hormones to be created, they need iodine. Good thyroid health also helps your body keep a steady heart rate, regulate temperature, improve digestion, and maintain a healthy weigh.

Iodine deficiency has been linked to cognitive decline in countless studies and is one of the “world’s most prevalent, yet easily preventable, cause[s] of brain damage,” according to the World Health Organization.

#3. Iodine Protects the Body From Toxins

Fluoride, chlorine, and bromine are dangerous chemicals found in everything from new car interiors to tap water. They can also severely hinder thyroid function. Maintaining healthy iodine levels can block these “halide” chemicals from accumulating .

Iodine can also protect against xenoestrogens – “chemical mimics” – that can lead to reproductive conditions like ovarian cysts and uterine fibroids. Some experts, such as author and natural health advocate Dr. Mark Sircus , point to the possibility that iodine may also help with mercury detoxification.

#4. Iodine Protects You From Radiation

In addition to flushing the dangerous “halides” mentioned above, iodine can also protect you from radiation exposure. It is a natural protectant from UV radiation for the eyes, according to a 2004 Austrian study .

Iodine supplementation can also be used to help individuals suffering from long-term radiation exposure. The effects of too much radiation can happen because of accidents, medical devices, and the radiation emitted by TSA scanners at airports.

A 2008 study  published in Radiation Research discovered that “terahertz radiation” like that found in airport x-ray scanners is linked to genetic mutation. Adequate amounts of iodine in the body is a must for anyone who travels a lot.

#5. Iodine Is a Natural Antiseptic 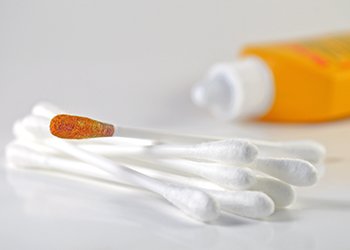 Maybe you remember that brownish-red solution your mom used to apply when you had a cut? For everything from cleaning wounds to purifying water, iodine is a sterilizing substance that can kill unhealthy organisms, bacteria and viruses.

#6. Iodine Is a Powerful Antioxidant

According to some experts , iodine may be as powerful in this regard as vitamin C! It can help reduce free radical damage that may lead to gene mutation and disease. It is a great boon for the immune system as it helps clean the blood of harmful pathogens.

A 2013 meta-analysis published by the National Autonomous University of Mexico (UNAM) in the journal Thyroid found that iodine is “an antioxidant as well as an antiproliferative and differentiation agent” which can help clear up free radical damage in many organs of the body. It is also a powerful anti-inflammatory.

Did you know that Japanese women have the lowest rates of breast cancer in the world? A 2003 report published in the journal Breast Cancer Research postulated that this could be a direct result of eating iodine- and selenium-rich seaweed, which is a staple in the Japanese diet .

Iodine is fuel for reproductive glands as well as the thyroid. Studies suggest that getting enough iodine can help prevent fibrocystic breast disease, preeclampsia, ovarian cancer, ovarian cysts, vaginitis, polycystic ovary syndrome, and even breast cancer. Enough iodine in the body is also one aspect of a healthy pregnancy.

Besides protecting the skin and eyes from UV radiation, adequate levels of iodine can give your skin and hair a healthy glow. This is because iodine is involved in cellular rejuvenation. Healthy iodine levels also help prevent hair loss because of the nutrients supplied to the thyroid gland . Iodine in combination with other essential minerals such as iron, magnesium, and zinc can be a powerful internal tonic for thinning hair.

Iodine assists in the production of strong teeth and bones by being a key player in calcium absorption. In fact, the connection between low iodine, low calcium absorption, and hypothyroidism has been known by researchers for at least the last hundred years .

One of the functions of the thyroid is the production of calcitonin, a hormone which helps balance blood calcium levels. This mechanism not only leads to maintain strong bones; it also plays a role in healthy functioning of the nervous system, heart and muscles.

It is well known that low iodine levels can have an impact on the brain, as mentioned above. More recent research has also linked iodine deficiency to depression and anxiety. A 2004 study conducted by German researchers and published in the Journal of Psychiatry and Neuroscience  found a link between “alterations of thyroid-stimulating hormone (TSH) and mild cases of depression and anxiety.”

TSH is produced by the pituitary gland to signal the thyroid to produce more thyroid hormones. Fluctuations in TSH are often an indication that the thyroid is not getting enough iodine to do its job .