Is almond milk healthier than soy milk? Wait, before you get out your pitchfork, let’s figure out what we’re really asking.

Almond milk has almost eclipsed soy milk as the most popular non-dairy milk available in many supermarkets. It’s various uses include: being a dairy-free alternative to cow’s milk, being used as a cooking substitution, or just being enjoyed as a chilled beverage. However, a number of people still prefer soy milk as their non-dairy milk of choice for a variety of reasons. So which is healthier almond milk or soy milk?

Over the years, soy milk and other soy products have been conceived as bad for health. This is largely attributed to the animal studies that have reported soy in bad light. It was believed that the estrogen content in soy could be a risk factor for breast cancer. However, the American Cancer Society has declared that when it comes to soy, the isoflavones it contains may act like estrogen, but they also have anti-estrogen properties. Some studies have suggested that a diet high in soy has no role in breast cancer. The current research does not support cutting down whole soy foods, even in cancer patients or survivors.

Soy foods, including soy milk, can be eaten by men as well. It was speculated that consumption of soy products was associated with the development of feminine characteristics in men due to the presence of isoflavone. However, human studies did not find concrete evidence that connects the two. Some studies have reported that consuming soy isoflavones can reduce the risk of prostate cancer in men. Soy isoflavones are similar in structure to estrogen, but their action is weaker than estrogen.

Soy foods are excellent sources of protein and safe for pregnant women too. They are a good substitute for high-fat foods such as red or processed meat. They are also a good option for vegan people. As a low-fat substitute and source of antioxidants, soy foods may help lower your cholesterol and cut down your risk of heart disease.

What are the other health benefits of soy milk?

Which soy milk is healthy?

Soy milk comes with a lot of nutritional benefits. However, if you are on a weight loss plan and are looking for soy milk as a healthy option, look for the following soy milk products.

How does soy milk differ from other types of milk?

Soy milk is a rich source of protein that contains all the nine essential amino acids and is balanced in fats and carbohydrates. There is no other plant milk other than soy milk that is as similar to low-fat cow milk in terms of nutritional content.

Soy milk also contains more quantities of proteins in the same serving size as that of almond milk. Coconut milk contains no protein but is much higher in fat than soy milk.

What percentage of the human body is water?See Answer

Health Solutions From Our Sponsors

Soy milk is a well-known dairy milk replacement, but it’s not just a substitute ingredient. Soy milk can be a worthwhile addition to your diet on its own. This healthy, flavorful beverage first came about as a waste product on the way to making tofu. Today, soy milk can be found around the country as a lactose-free dairy substitute with health benefits that are all its own.

The vitamins, minerals, and antioxidants in soy milk can provide important health benefits. For example, the forms of vitamin B found in soy milk are important for helping your body maintain your nerve cells and DNA. They can also help you avoid certain forms of anemia, which can prevent tiredness and fatigue.

Soy milk is also high in protein. The protein in soy milk is healthy, plant-based, and can help support healthy muscles and organs.

In addition, soy milks can provide other health benefits like:

Soy milk can also help support your cardiovascular system. Soy milk is an excellent source of potassium, whether or not it has been fortified. Potassium is deeply connected to maintaining lower blood pressure and a regular pulse. Furthermore, soy milk has been linked to lower cholesterol levels, especially in people who have high cholesterol.

Soy milk contains isoflavones, which are a class of chemical known as “phytoestrogens.” These isoflavones react in the body like a weak form of estrogen. Because of that, studies have shown that consuming soy milk and other soy products might help reduce the symptoms of menopause, such as hot flashes.

Most soy milk found in supermarkets and health food stores is fortified with added nutrients. This makes fortified soy milk a great source of calcium, which is the most common mineral in your body. Consuming enough calcium can help strengthen your bones and reduce your risk of osteoporosis.

Soy milk is also an excellent source of:

Soy vs Cow’s Milk: Which is Better?

Soy milk versus dairy (cow’s milk), which is healthier? M​s Joey Ho, Dietitian from the Nutrition and Dietetics Department at KK Women’s and Children’s Hospital (KKH), dishes the truth.​ 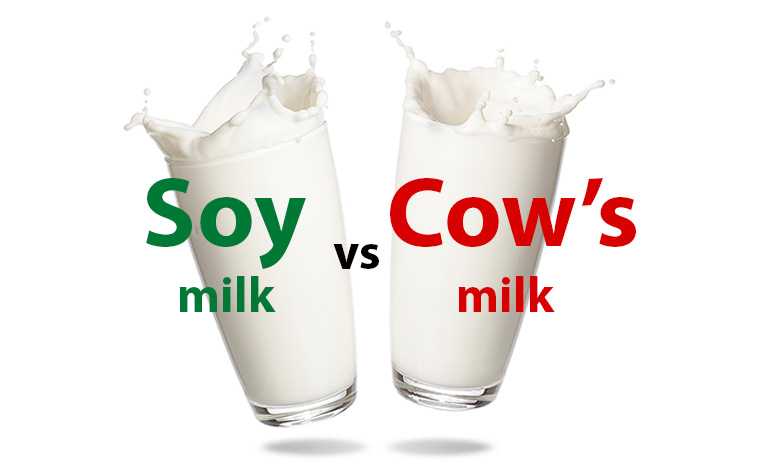  SOY VS COW’S MILK​: Soy is a good source of low-fat and plant-based protein. It is cholesterol-free, has less saturated fat than cow’s milk and lowers the LDL in the body. Cow’s milk, on the other hand, has more calcium than natural soy.

How to Add Soy Milk to Your Diet

Soy milk can be found in grocery stores, health food stores, and restaurants around the country. You can also make soy milk at home.

Soak ten ounces of soybeans in water overnight. Then boil these beans in twelve cups of water for ten minutes. Blend the water and soybeans together until smooth, then simmer for another forty minutes. If you like, you can add a pinch of salt or sugar to taste. When you finish simmering the soybeans, strain the mixture through cheesecloth to remove solids. You can store the soymilk for up to a week — about as long as dairy milk lasts. 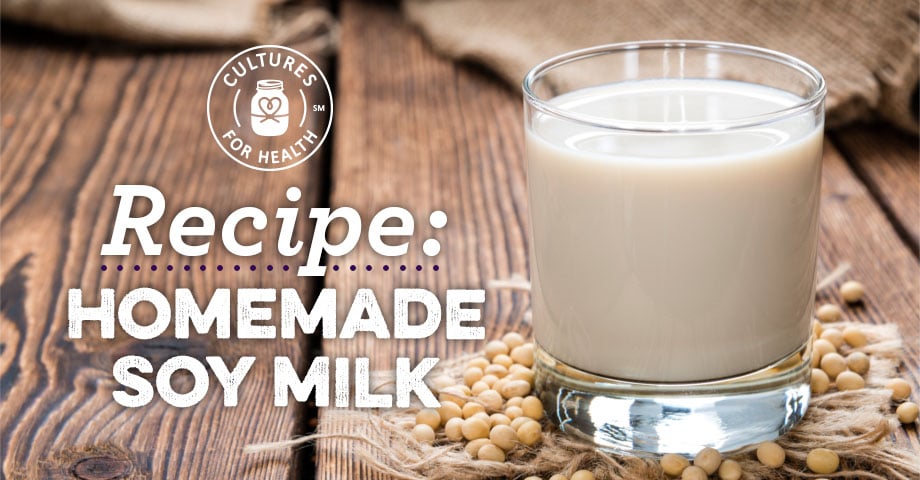 Here are some ways you can include soy milk in your diet:

How To Make Strawberry Hearts

Suggestions For Maintaining A Lifestyle With Ideal Nutrition Intake